The biggest problem that smartphone owners have is keeping their phone charged during the day. While smartphone batteries are getting bigger, there’s nothing worse than finding your battery dead halfway through the day.

This is where power banks come in. There are tons of choices out there when it comes to power banks, so which one is right for you?

Why You Need a Power Bank

Power banks, are just that, an external storage of power for your phone battery. Instead of needing to plug your phone into a wall charger, you can plug it into a power bank to recharge your battery. Allowing you to charge your phone on the go (or during load shedding).

What Are My Options?

When choosing the right power bank, you want to take into consideration the size (storage capacity – mili ampere-hour (mAh)) of the power bank.

A small power bank will store somewhere between 2500 and 3000 mAh, meaning it has enough power to give most smartphones one full charge. Be aware that this isn’t always true these days, since many phones are coming with larger batteries, but this size should give you somewhere between 60% and a 100% charge.

Pros: Small power banks are cheap, and generally small in size as well, making them an easy option to stick in your bag or pocket.

Cons: They’re only good for one charge or even less with some bigger battery phones.

Best For: Those looking to carry a power bank only as an emergency measure to be used every now and again. Those who perhaps might need a top up before going from work to a night out perhaps. Or to ensure you are not caught short during load shedding.

A medium-sized power bank will give you from between 3500 up to 6500 mAh, generally on the higher side of that range. This should be enough to give a full charge to big battery phones (like the Huawei Mate series), or two full charges to an average smartphone.

Pros: Perfect for those that need to fully charge their phones at least once a day or overnight, a medium power bank should top you up completely.

Cons: They cost more than smaller versions, and if you’ve got a big battery phone you’re not going to get more than one full charge and maybe another 25% to 50% charge out of it.

Best For: Those looking to regularly fully charge their phone during the day. Or if you’re heading out camping for the weekend, a medium power bank should get you through your trip.

There are all kinds of sizes for power banks, with the largest ones running up to around 40,000 mAh. The larger the power bank the more power you get, but they also weigh more and cost more. A large power bank may give you 3, 4, 5 or even more full charges. However, they tend to be preferred by those looking to charge multiple phones, or who want to charge tablets as well as phones.

Pros: Loads of power. You should have enough power here to get you through several days of being away from a wall socket, or enough to charge more than one mobile or a tablet as well.

Cons: The larger the capacity you go for, the more expensive your bank is going to be. And larger versions tend to be less portable as they are heavier.

Best For: Those who are frequently away from wall sockets for days at a time, or those who need to charge more than one device (either multiple phones or phones and tablets).

What Features Should I Be Looking For? 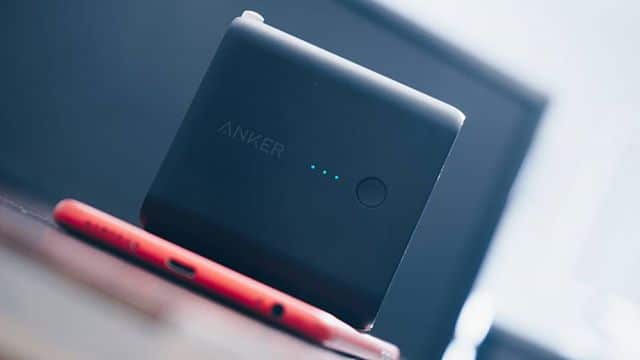 Here are a few things that you might want to think about before you make your decision:

<< Cotton or Polyester - Which works better for your company uniform?  | Index |  Why Outdoor Banners are important for your business >>